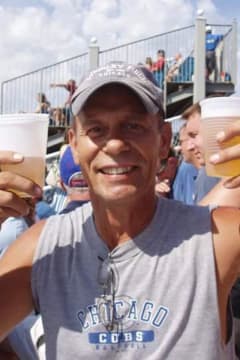 Gerald “Jerry” E. Devera passed away October 7, 2021 in Northwoods Care Center. He was born December 8, 1942 in Streator IL, the son of Frank and Catherine “Cass” Devera. He graduated from Streator High School class of 1960 and attended Bradley University. Married the love of his life Roberta “Bobbi” Markunas on April 16, 1966 in St. Peter Cathedral, Rockford. He was a veteran of the U.S. Navy, during the Vietnam war. Jerry was employed as an Electrical Engineer at Rockford Automation for many years and later retired from Ingersoll Tool after being employed with them for over 30 years.
Survivors include his daughter, Amy (Alfonso) Galluzzo; very special grand-daughter, Andrea Reddic; special nieces and nephews, Mark, Dan, Becky Ellis and Lisa LeBlanc. Son; Scott Devera.
Predeceased by his parents , wife Bobbi, and infant son Chad Devera.
Jerry was a dedicated husband, dad, and grandpa. His sense of humor brought joy and laughter to every person he met and never ceased despite the health challenges he faced daily for many years…He was a die-hard Chicago Cubs (and Bears) Fan and was beyond happy to see his dream come true when the Cubs won the World Series in 2016. He loved his Cubbies so much instead of singing lullabies to his grand-daughter as an infant- he sang “Take me out to the Ball Game” while rocking her in his arms. Jerry enjoyed photography- and captured priceless moments on film at every opportunity and at all family and friend gatherings, knowing the importance of having these for future generations…
Jerry’s love and laughter will forever remain in the hearts of those who knew him. His life and the life lessons he taught will never be forgotten by those lucky enough to call him dad, grandpa, uncle, and friend.
A celebration of life will be held and announced at a later date. Arrangements by Tony Gasparini Funerals.