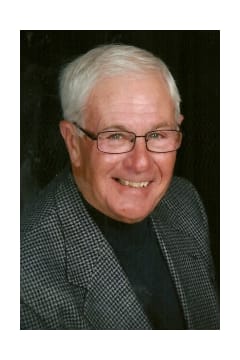 Gilbert D. “Gil” Austin, 77, of Rockford passed away Thursday, October 31. He was born December 8, 1941, in Detroit Michigan, the son of Wilfred and Rosemary Austin. He married Fleurette Gallina on August 8, 1964. They recently celebrated their 55th wedding anniversary with their family. Gil and Fleurette were always there to support and take care of each other, especially these past few years. He worked at WF & John Barnes and Warren Industries and graduated from Campion Jesuit High School and Marquette University. Gil was a lifelong member and active volunteer at St. Bernadette Church.

Gil enjoyed spending time with his family walking, biking, and especially their annual family vacation in the Upper Peninsula of Michigan. Fleurette and Gil enjoyed their road trips around the country visiting national parks and they had the chance to visit all 50 states. Their recent travels also took them to Alaska, Hawaii, and Europe with Gil’s brother Bill and his wife Debbie. He was a skilled wood worker and was happy to make cribs, desks, beds, and dressers for all of his grandchildren. He spent many hours in his woodworking shop on these important projects. In his younger years he enjoyed family bike rides and later matured into motorcycling. Unbeknownst to his family, motorcycling was a life-long dream of his that he finally achieved in his 60’s. He had many fond memories riding the back roads with his good friends Jim Linhart and Jim Samorian.

His grandchildren were an important part of his life and he enjoyed attending their many school events and picking them up from school. His grandchildren loved going to Gil and Fleurette’s home in “Nono’s Taxi” after school for study and snack time. Gil was always there to support his children and enjoyed helping with their home projects and filling their homes with his custom made furniture pieces.

The family would like to give special thanks to Dr. Deveshwar, Dr. Lim, Connie Blaisdell, Laura Padron, the infusion center nurses at Mercy Rockton Ave, and the cardiac rehab team, especially Jodi. We cannot thank them enough for the care and support they provided Gil over the last few years.

Gil and Fleurette have lived many years in the same neighborhood and have enjoyed the shared experiences of family with their neighbors. They are grateful for that special relationship and their support over these many years.

In lieu of flowers, donations can be sent to the family to establish a memorial in Gil's name at Mercy Health Cardiac Rehab.

Mass of Christian Burial at 11 am Saturday November 9, 2019 at St Bernadette Catholic Church. 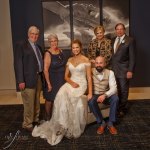 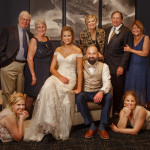 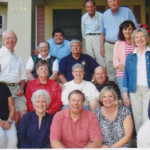 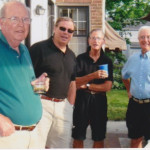 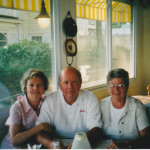 So sorry to hear about Gil. Prayers to your family.
- Christine Belken
Photos posted are of visits with Cleveland Cousins. Wonderful memories of our times together. Mary French Underwood
- Dan Underwood
Fleurette, I just heard about Gil. He was good man. I remember you from our younger years. Campion was great place for all of us. Give my best to everyone. If you are every in the lower Michigan area please stop and see us. George and Maxine Gaffney
- George Gaffney
My heart goes out to the entire family dealing with the loss of Gil. What a wonderful brother he was to my brother in law, Bill Austin. The kindness Gil and Fleurette showed to my sister, myself, and my parents will never be forgotten. Godspeed, Gil! Give Bernie a hug for us all. Lovingly, Diane Watson Cain
- Diane Watson