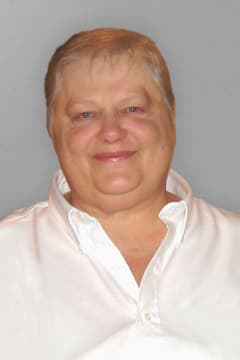 Patricia L. “Pat” Ambrose, 77, of Rockford, passed away Thursday, June 3, 2021, after a brief illness, in Swedish American Hospital. She was born on September 28, 1943, in Richland Center, WI, the daughter of Arlie and Margaret (Mercer) Recob. She married Richard “Dick” Ambrose on October 5, 1962, in Rockford. He died on September 17, 2014. She attended East High School and Rock Valley College. Pat
was one of the founders and the Executive Director of the Veterans Drop-In Center, former Homeless Shelter Volunteer Coordinator, and Service Coordinator at the Rock River Chapter of the American Red Cross.

Pat had a passion for helping others. She began volunteering at the Red Cross Homeless Shelter in 1996 as a lead volunteer and quickly became the Homeless Shelter Volunteer Coordinator. Pat remained committed to the Red Cross for 15 years, assisting in Emergency Services, Public Relations, and Financial Development. After the Red Cross Homeless Shelter closed, at the age of 66, she became the Executive Director of the Rockford Advocacy Coalition for the Homeless, which led to the creation of the Veterans Drop-In Center in 2009. Pat was the heart of the center. She ran a tight ship earning her the nickname, “The General.” She was proud of the many awards she received over the years from her dedication to
the community.

Pat was a devoted wife, mother, and grandmother. She was a longtime fan of the Phantom Regiment and enjoyed watching two of her children perform. Pat was proud to be a Norwegian and regularly told everyone about her heritage. She was an amazing cook and avid garage saler.

To the Family of Pat Ambrose.... I've none Pat for a short 8 years and it seems like a lifetime, what a Loving and caring Ladie she was. She will be Greatly missed May God Be With You At This Time LaVonne Thomas
- Lavonne Thomas
Condolences to Pat's family from all of us here at Veterans Path to Hope. She was an inspiration to us all and will be missed.
- Ryan Jacobsen

RIP Aunt Pat. I loved you dearly and am so grateful for everything you did for me and my family.
- Robin Anderson Brown

Rest In Peace ms pat. Thank you for your service. We will take it from here.
- Janice Funderburk

Pat was like family to us. My kids both loved her as well as John and I. She will be so dearly missed. My sympathies to the family 🥰🥰
- Linda Carroll