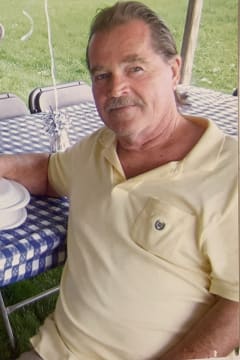 Jerome Adrian Nordlof, 81, of Rockford, died November 12, 2022, in U.W. Health-Swedish American Hospital after an extended illness. Born March 10, 1941, in Rockford, Illinois, the son of Leander and Doris Nordlof. Jerry graduated from East High School class of 1959 and worked at Mattison Machine Works for many years, where he would meet his future wife, Nancy. Jerry owned and operated JE Tolerance Scraping from 1986 until his retirement. His favorite activities included cruising on his Harley, taking drives in his corvette with his wife by his side, daily walking his beloved dog Harley, aka Snoop Dog, and listening to his favorite Rock n Roll music. He also enjoyed attending classic car shows and visiting with longtime friends at the local donut shop. He was a loving husband, father, and a really fun and cool papa whose grandkids will treasure the memories of motorcycle rides, sleepovers, and going on rides in his 95 Dodge Ram, listening to heavy metal and pop music. He will be greatly missed and fondly remembered.

Services will be held at 1 pm, December 17, 2022, in Tony Gasparini Funerals and Cremations, 6825 Weaver Road, Rockford, Illinois 61114, with Father William Wentink officiating. Visitation will be held prior to the service from 12 pm to 1 pm. Memorials may be made to the family.