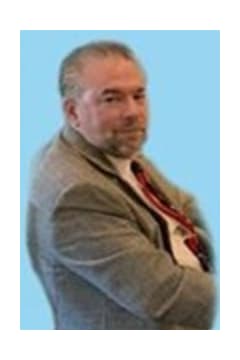 John Robert Minore departed his earthly duties on February 14, 2019, unexpectedly after a sudden illness. John was born September 29, 1962 to William J. and Mary Catherine Minore in Detroit, Michigan. He graduated from Lee M. Thurston High School in Redford Township, Michigan and attended The University of Arizona in Tucson, Arizona, earning 2 baccalaureate degrees in public administration (1984) and business administration (1985). He then graduated from Thomas M. Cooley Law School in Lansing, Michigan in 1993 and set out to make the world a better and more just place for all. John was brilliant, witty and very calculating in and out of court but he always was very human and felt that he should give back to others. John was always fair and integrity was a pillar of his persona.

John was an avid hunter, marksman and a car enthusiast who collected classic automobiles. John was always willing to give of himself and his time to organizations that improved the life and station of others. He was a Board Chairman of the Yuma Regional Medical Center District Board, and a major benefactor as well a Board Member for Crossroads Mission. He was very involved in the Freedom Library, which helped to teach students about the U.S. Constitution and how the federal government operated and was also a Board member of that origination.

John was always a person that had to do it right and to the best of his abilities and motivated others to exceed their expectations by utilizing their full potential. He was an Eagle Scout at a very early age and possessed memberships in the Order of the Arrow Honor Society. All work done, John routinely headed out in his motorhome to his favorite places in Mexico on the beach with close friends and his beloved dogs. John was never content unless he was going 100+ miles per hour in three different directions. Amazingly, he always brought his tasks to fruition. John was also staunch supporter of the 2nd Amendment and Life Benefactor of the National Rifle Association.

Some of his happiest times were spent with his close friends, retired attorney turned paralegal, Jim Carroll. John would say his best memories were with his new firm and outstanding staff.

John was an excellent storyteller and could make everyone laugh at themselves, the situation and at himself. He truly wanted the world to be a better place for all and his wishes will be honored. He will be buried alongside his nephew in Rockford, Illinois. Pursuant to John's wishes a memorial fund for donations are to be sent to Crossroads Mission for their ongoing community programs that make life in Yuma better for all.

Services will be at 11am Monday March 11, 2019 in Tony Gasparini Funeral Chapel, 6825 Weaver Road, Rockford. Visitation from 9am until time of service Monday in the funeral home. Burial in Greenwood Cemetery. Express online condolences at tonygasparinifunerals.com