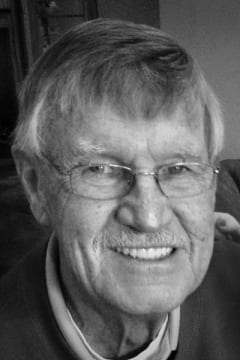 John Thomas (Tom) Hunt of Rockford died Friday, September 4th in his home. He was born February 16, 1937 in Detroit, Michigan, the son of Curtis and Ethel Hunt. He was a pharmacist at Downtown Discount Drugs.

Tom enjoyed spending time with family and friends, gardening, golf, and poker. He was a respected pharmacist and owned and operated Hunt’s Pharmacy in Wilmington, IL the first half of his 50+ year career. He than became one of Rockford’s premiere compounding pharmacists and he was a pharmaceutical lab instructor at UIC.

Celebration of Life will be from 2pm until 3:30pm Saturday, September 12, 2020 at the Venetian Club 2180 Elmwood Road, Rockford. In lieu of flowers Tom’s wishes were to support his great grandson’s fight with Duchenne’s Muscular Dystrophy. Donations appreciated to “The Benefit of Chance VanDuyne”.

My deepest condolences to you and your family, Carrie. Be assured of my prayers for you during this difficult time. "Gone from our sights, but never from our hearts"- From Ann & Robert LurieRx Family
- Phong Pham
I have so many wonderful memories of living next-door to the Hunt family. When I think of Tom, I think of him smiling. He was a very warm positive person to all of us. He always loved to dance, and I remember even as a kid dancing with him at one of our next-door neighbor get-togethers. We had some great times. We willremember him fondly.
- Kathy Williams
I worked with Tom for a few years and enjoyed every minute he was around. He could put a smile on your face no matter what kind of day you were having. He had a sense of humor like no other and he will be dearly missed. He was a wonderful, generous man. He touched so many and I can say he had a life well lived. My condolences to his family. I am so sorry for our loss!
- Becky Johnson
We knew Tom as a friend and neighbor for many years. We had many wonderful times together and the memories will be with us forever. Our condolences to his family
- Jim Martin
I only knew Doc (Tom) for a couple of years when we played cards together. He always had a nice word and a great big hug for me when we got together. Condolences to his family.
- Marlene Root
I worked for Tom at Hunt's Pharmacy in the 70's. He was a great boss and person. My sincere sympathy to his family.
- Sandy Carley
I work across the street from Tom and saw him regularly. He always was quick with a smile and a kind word. I will miss seeing him. Sending thoughts and prayers to his loved ones.
- Babette Clayton
Tom was a fellow Pharmacist and golf buddy. His middle name should have been "Fun". Always had a good time with Tom around.
- Wayne Lenz
So sorry to hear the news. Tom was my dad's cousin and therefore mine. Our two families had lots of fun times together.
- Jody Carlson
I deliver the mail to Discount drugs and I always enjoyed talking to Tom about golfing. We both share love for the game. I will miss seeing him and talking to him. May he rest in peace.
- Julie Leese
My condolences go out to Toms family. I considered Tom a great friend and have many fond memories of our golf outings in Arizona and Rockford. Tom was always the center of all of our group discussions and always had wise advice. He will be greatly missed by me and the entire golf group.
- STEVE THOMASON
Great memories. A life well lived
- Dianne welchko
Tom was an awesome person and pharmacist. Sympathies and prayers for the entire family.
- Helen Lamping
My heart goes out to his family. Tom was my first boss at the drug store when I was in school. Loved seeing him around town, he always had a smile. So kind and caring. Rest in peace.
- Donna Cervantes
Tom was a great asset to the UIC College of Pharmacy, our compounding lab, our faculty, staff, and our students. Our Condolences to his family and friends.
- Kevin Rynn
He preferred me to call him Tom. Tom was one of the Pharmacist I have talked to at The Downtown Discount Drugs. I worked at the BMO HARRIS BANK CENTER for a very long time. Tom has always came to me and asked if I could get him a couple of Ice Hogs Tickets for him and a friend. He always had a Smile on his face. He was a very Great man. Tom will always be Missed. My condolences are with his Family and Friends.
- William Donahue