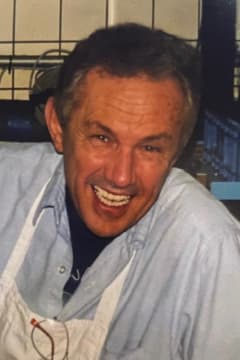 Joseph Vincent LaRosa, 80, of Rockford, passed away Sunday, November 20, 2022, in his home surrounded by his family. He was born January 3, 1942, the son of Vincent and Carmella LaRosa. He was a Veteran of the United States Army stationed in Fort Knox. While on duty, one of his favorite memories was driving a tank he named “Baby Cakes." He married the love of his life Lynda Hinerichsen on May 8, 1971, in Saint Anthony Church. His father built LaRosa & Sons grocery store in 1947, where Joe worked from his childhood. In 1981, he proudly took over ownership of the family business until its closing in 2002. He was a proud member of the Butcher Boys bocce team with his sons at St. Ambrogio Society for 20 years.

Everybody loved to talk with Joe. Commonly referred to as “Papa Joe," he had a charismatic personality like no other. You could always count on him to give you a boisterous greeting and tell you a story. He had such a passion for cooking, a love for all animals, and that charming “son of a gun” loved to dance. He was a loyal friend and a caring father. Above all, his greatest devotion was to his children, who loved him so very much. He was adored by many, loved by all, and will forever be missed. Survivors include his four children, VJ (Stacey) LaRosa, Joseph (Jennifer) LaRosa and their son Giuseppe, Laura (Benny) Salamone and Catherine Smoody and her children, Haley, Stephen, Alexandria, Joseph, and Veronica. Brother, Gene LaRosa and sister Geri LaRosa. Predeceased by his parents, his wife, his brother Frank, and beloved dogs Caesar and Uno.

Per Joe’s wishes, a memorial social gathering will be held in his honor on Sunday, January 22, 2023, at the St. Ambrogio Society, 802 Montague Rd., Rockford, from 2 pm until 5 pm. In lieu of flowers, please make a donation to the family for a Joseph LaRosa memorial bench in southwest Rockford. Arrangements by Tony Gasparini Funerals.