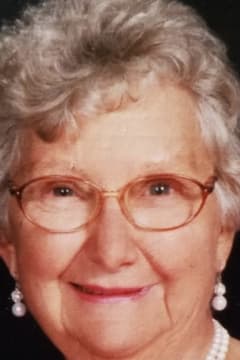 Josephine Mystica Sisti, 89, passed away on November 3, 2022, at Morning Star Village of Rockford. Affectionately known as Jo, she was born in Rockford on March 18, 1933, to Angelo and Mystica (Dal Pra) Gallina. Jo grew up in Rockford and graduated from Muldoon High School in 1949. She earned her degree as a registered nurse from St. Anthony’s School of Nursing in 1953. Jo later earned her Bachelor’s degree in Nursing from St. Francis. Jo married Joseph Sisti on June 5, 1954. They shared 57 years of marriage during which they lived in Ft. Atkinson, WI, and Rochester, IN. However, they were happy to make Rockford their permanent home. Their marriage was blessed with 4 children, 12 grandchildren, and 19 great-grandchildren. Jo was a homemaker who had many interests that included jigsaw puzzles, reading, gardening, sewing, playing cards, playing the organ, and dancing. Joe and Jo would be the first ones on the dance floor at many family celebrations. Jo’s parents Angelo, Mystica, and her husband Joe all preceded her in death.

A Memorial Mass will be held at 11 am on Friday, November 11 in Holy Family Catholic Church. Memorial Visitation from 10 am until Mass time. In lieu of flowers, donations can be made to Northern Illinois Food Pantry or Rockford Rescue Mission.