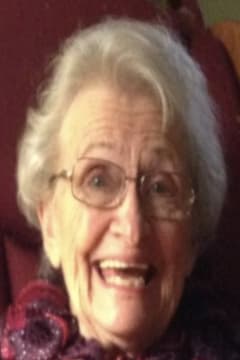 Norma Beuter Larson, age 93, of Rockford, Illinois finished her earthly efforts on Labor
Day, September 5, 2022. She was born on July 11, 1929, in Northwestern Chicago to
John and Hermine (Weberuss) Beuter. She had a unique childhood, spending almost a
year back in Germany with her mother at age four and recuperating months in the
hospital for a pre-penicillin ruptured appendix at age five. She was the anti-helicopter
parent, having routinely navigated two Chicago streetcars by herself for weekly piano
lessons by age six. Her boys, as grade-schoolers, recall her only admonition when
telling her they were going to ride their bikes the six miles from home to Brookfield Zoo
on the county forest preserve trails was to be careful crossing Ogden Avenue and to be
home in time for dinner.

She excelled in school, skipping a grade at Prussing Grammar School and graduating
from Carl Schurz High School. Her dream was to be a newspaper reporter just like her
heroine in the comics, Brenda Starr, but ‘nice’ girls in the ‘40s couldn’t do things like
that, so she traveled to Northern Illinois State Teachers College in DeKalb and trained
to be an elementary teacher. At Northern, she made her best life-long friends, Marilyn
and Dori, and joined the Tri Sigma sorority. Oh, and also met the love of her life on a
blind date, Ralph Larson, a farm boy from Sycamore whose family still had an outhouse
and a team of plow horses to meet you at the highway when the spring rains made the
country roads too muddy for car travel – so romantic! And she did become a reporter of
sorts; after turning down an offer to edit the fledgling campus newspaper, she got her
preferred job of writing the anonymous campus tattler column. Later in life, she was the
editor-in-chief of her sorority national magazine, The Triangle, and also wrote a history
of the sorority. For decades, she wrote weekly columns: Fireside Tete-a-Tete for the
Hinsdale Doings, The Chalk Line for The Lake Mills Leader, and in her 80’s, Under the
Door for residents of Wesley Willows Castle Towne Center. Pre-computers, her boys
were the only kids in college who received weekly typed letters because Mom was
always in front of her trusty Underwood banging out copy.

After marriage in 1950, Norma taught upper elementary students in Lombard and
Hinsdale prior to children, birthed and raised three boys as a full-time mother in
Elmhurst and Hinsdale, and then went back to teaching at Walker School in Clarendon
Hills in the ‘70’s. The family had vacationed in Lake Mills, Wisconsin, for many years,
and in 1986 built their dream home on the shores of Rock Lake after Ralph retired.
Under a humorous threat of divorce, she ended her teaching career in 1990 as Walker’s
Learning Center Director where it was her goal to foster a love of reading in every child,
and moved full-time to Lake Mills. Their retirement years were idyllic, filled with annual
Elder Hostel trips and other travel. Church, school and community volunteerism was a
focus, particularly the Lake Mills Rotary Club as a Paul Harris Fellow. They cherished
time with friends and family, especially being the very best Nana and Papa ‘Lake’ to
their five grandchildren where they all learned that games have a Loser too. We know
there must be a Rock Lake in Heaven and most assuredly Mom and Dad are now
enjoying their sunsets together again out on the pontoon boat.

In 2010, they decided to sell their home and moved to a spacious apartment at Wesley
Willows in Rockford. Unfortunately, Ralph passed shortly after the move, so she spent
ten good years as an independent widow, choosing her own car for the first time in her
life, and developing a Rockford set of friends. She was even a volunteer reading coach
at a local elementary school. The nursing home lockdowns and isolation of the Covid
pandemic were physically and mentally hard on Norma and all other residents. After
surviving breast cancer and a radical mastectomy performed by her family doctor in
1969 (that was a different time!), she was on no prescription medications until near the
very end. Sadly, she had lost her ‘fire’ by the time things opened back up from the
pandemic, but her attitude about life remained rosy. Just like her blood type, she
always said to Be Positive! The family is grateful to the many wonderful caregivers at
Wesley Willows who helped her daily as her life neared its completion, and her church
family at Brooke Road United Methodist Church.

Norma is survived by her three sons; Jay of Rockford; Kent (Kathleen) of Sarasota,
Florida; and Ned (Elizabeth) of Panama City Beach, Florida; grandchildren Stephanie,
Amanda, Isabel, Brian, and Peter; great-grandchildren Brooklyn, Solomon, and Sidney;
her faithful and favorite (and only) sister, Nada Pearl Geddes; her sister-in-law, Jill
Beuter; her faithful Larson in-laws, Raymond and Carol; and numerous nieces and
nephews including her favorite, Kelley. She is pre-deceased by her parents; her
husband; her brother, John; and so many of her contemporaries.

No local services are planned at this time. The family will honor Norma with a gathering
in the future. If you choose to honor Norma’s life with a memorial gift, we leave that to
your discretion. She always expected herself, her students, and her family to make a
difference in this world, so give in her honor to some organization important to you that
is doing just that.