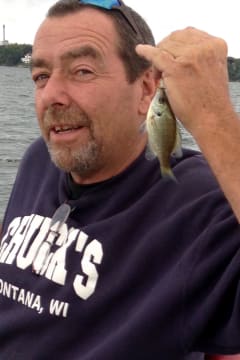 Terry Francis Malone, 63, of Roscoe passed away Thursday, July 28th in his home after a brief battle with cancer. He was born March 18, 1959 in Rockford, IL and was the son of Webb and Jane Malone. He graduated Boylan High School “77” after which he attended University of Wisconsin Madison. Terry was a life long truck driver. He worked for ISP, Unisource, Central Transport and R&L Carriers. Terry was an avid golfer and fan of Chicago and Wisconsin sports. He had a sense of humor that was unmatched and a laugh that could be heard across the room.

Funeral Service will be held at 6pm Wednesday, August 3, 2022 at Tony Gasparini Funeral Chapel 6825 Weaver Road. Visitation from 3pm until time of service at the funeral home. Donations made in lieu of flowers will be used to honor Terry with a memorial established by his family.